On 2 weeks Ago
Bilbao Productions

August 03, 2022 12:01 ET | Source: Gold Rush Finance Gold Rush Finance
Hong Kong HONG KONG
Hong Kong , Aug. 03, 2022 (GLOBE NEWSWIRE) — Gold Rush Finance an NFT Game-Fi project aimed at giving players both gaming and passive income launches as a seamless BNB mining platform. The Game-Fi industry has transitioned over the years, with most of the revolutionary changes taking place in the few months. New features have been introduced to the space making it one of the most sought-after domains in the crypto space. The excitement of gaming coupled with the rewarding protocols has got the gaming community hooked! And with the entry of Gold Rush Finance, a thrilling BNB mining game built on the Binance Smart Chain, things are about to become more exciting. 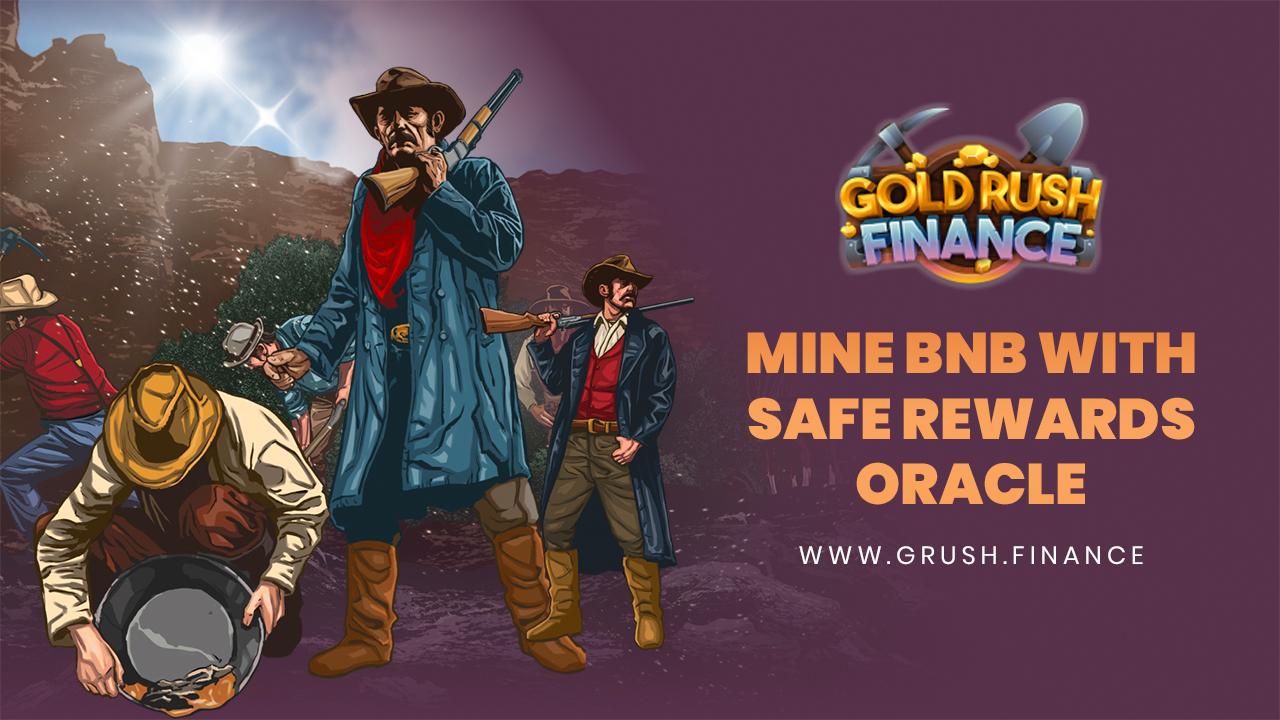 Gold Rush Finance is an NFT Game-Fi project based in the Wild West that allows users to mine BNB and earn the platform’s native, $GRUSH tokens. Also, there are passive rewards up for grabs. These have gained popularity in recent years and have become a source of stable income for both players and miners alike. Passive rewards, in general, can be earned simply by acquiring the requisite assets, even if the users are not actively involved.
To mine the BNB tokens, the user has to assemble an optimal crew and send them on expeditions in the wild. There are three crew classes in the form of the NFTs that one can acquire to mine BNB tokens and earn $GRUSH rewards. Miners, as the name suggests, are the ones that actually do the job. They are responsible for mining gold. Next, there are the Gunmen, who play the role of defenders. These protect the farmers and the gold mined on treasure hunts. The last class is Farmers, who work on the $GRUSH farms. The More the number of Farmer NFTs users have working, the higher the $GRUSH tokens they acquire! It constitutes the passive income part of the ecosystem.
Gold Rush Finance ensures long-term sustainability and viability with three critical aspects
After analyzing NFT-based gaming projects released in the last couple of years, Gold Rush Finance identified the problems that plagued these and, in some cases, led to their downfall. The Game-Fi platform then came up with three central pillars to ensure a more extensive user base, steady returns, and higher rewards.
BNB Rewards Oracle
Gold Rush Finance hands out rewards in the form of its native $GRUSH tokens, though the user earns them in $BNB. It ensures stability and reduced volatility. In several P2E (Play to Earn) games, users may have noticed that the rewards are inconsistent and depend on the market dynamics. For instance, a player earns $100 in rewards but, due to a sudden crash in the market, might only receive $50. This particular factor has long kept the regular gaming community hesitant about De-Fi gaming.
Employing the auto-swap feature to convert BNB rewards into $GRUSH tokens when the user claims it ensures increased stability. So, whatever number of BNB tokens earned while playing Gold Rush Finance, the exact value is handed out in $GRUSH.
Deflationary mechanics of NFTs
Burning of cryptocurrencies is often heard, but Gold Rush Finance has introduced the deflationary mechanics in NFTs. Here, when the user sends worker NFTs on a mission to mine BNB, there is a chance that one of these might die, or in blockchain terms, the particular NFT is burned. Though, the chances of it can be reduced by increasing the crew’s gunpowder.
This regular burning of NFTs keeps the minting process active. It also encourages players to utilize the $GRUSH tokens in-game and boost the project’s economy, thus directly translating into increased rewards to the community.
Enhanced ease of accessibility and simple gameplay
Gold Rush Finance is kept simple to allow maximum engagement. Even those unfamiliar with the Game-Fi space won’t have much trouble understanding the game’s intricacies.
Besides, even users who can’t spare much time stand a chance to earn decent rewards through active and passive means.
Gold Rush Finance has so well interlinked the various components in the game that every part of it supports the other, and the economy functions in a loop. The optimal distribution of collected taxes amongst Mining reward pools, Liquidity pools, and GRUSH Farm rewards pools ensures higher returns to players.
Also, as opposed to most Game-Fi projects, Gold Rush Finance has not reserved any team tokens to keep the native token’s price chart stable and deliver higher returns to players.
Gold Rush Finance has been a hit amongst the gaming community in a short while. With thrilling gameplay, exciting rewards, and a closed loop economy, the project is set to capture the Game-Fi space in the coming days. So, if anyone hasn’t yet, try Gold Rush Finance today!
To find out more about Gold Rush Finance, visit the project’s official website: https://grush.finance/
Also, follow Gold Rush Finance on all social media channels to stay updated with the recent developments and releases.
Twitter: https://twitter.com/Grushgame
Telegram: https://t.me/grushfinance
Discord: https://discord.com/
Medium: https://grushfinance.medium.com/
Website: https://grush.finance/

Bilbao Productions
On 10 months Ago

Apps and Games That Use iOS 15.1’s New SharePlay Feature

Chrome OS update locks people out of their Chromebooks

Bilbao Productions
On 6 months Ago

TV buying guide: All the TV specs you should consider