On 1 year Ago
Bilbao Productions 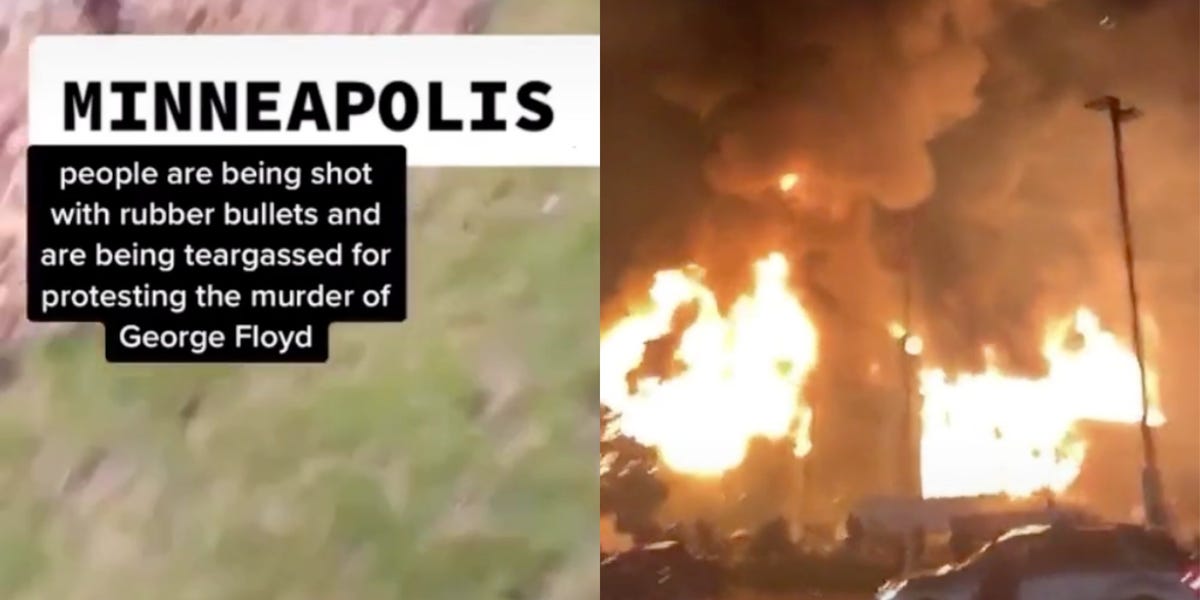 When Childish Gambino’s “This Is America” was released in 2018, it was heralded as a rumination on anti-black racism in America, with Tre Johnson called it an “upsettingly vivid illustration of the Faustian bargain that black America makes on a regular basis, trading our bodies for our expression and freedom,” in Rolling Stone. Just over two years after its release, the song has come to be a soundtrack for people on TikTok to air out their grievances with American society; most recently, TikTokers have been using the sound to share footage and photos from the Minneapolis protests.

Protests erupted in Minneapolis following the death of George Floyd, who died after a now-fired Minneapolis police officer knelt on his neck for nearly eight minutes despite Floyd saying that he couldn’t breathe and telling the officer, “Don’t kill me.” What began as peaceful protests escalated, with police firing rubber bullets and tear gas at protestors; later, a Target, an AutoZone, and a liquor store were looted among other businesses.

Protestors and reporters have been sharing footage of the events in Minneapolis on social media, using hashtags like #minneapolisriots. People are also sharing images and videos on TikTok, whether its direct footage or edits compiled of Snapchat videos or photos. Many are using “This is America,” and related remixes, as a soundtrack.

“This Is America” recently had a resurgence on TikTok after user @carneyval uploaded a mashup of the song with Post Malone’s “Congratulations (feat. Quavo).” While the sound was uploaded on April 22, a trend took off in mid-May, seemingly sparked by new developments in the case of the death of Ahmaud Arbery, when Gregory McMichael and Travis McMichael were arrested and charged with murder and aggravated assault. TikTokers have used the audio to highlight issues they saw in American society, focusing in particular on racism and gun violence.

While some TikTokers used the sound to praise what they saw as positives of American society, other TikTokers dueted them to highlight the discrepancies between the experiences of black and white Americans.

The protests in Minneapolis — and sister protests around the United States — have played out in the digital space as well, with facets of the protests like a woman in a wheelchair who was accused of trying to stab Minneapolis Target looters becoming internet flash points. Dueling phrases like #BlackLivesMatter, ‘Make Whites Great Again’ and ‘All Lives Matter’ have all trended on Twitter, showing how the platform can be used for activism, as well as racism. Twitter flagged a tweet from President Trump that threatened Minneapolis protesters with getting shot as ‘glorifying violence.’ Even K-pop fans worked to not trend hashtags or phrases related to their favorite artists in respect of keeping Twitter’s trending hashtags focused on the protests and Black Lives Matter.

It’s natural that discourse and video sharing would carry over to TikTok as well, and concentrating them around hashtags like #minneapolisriots or sounds like “This Is America” have made the audio page a hub for commentary and testimony from the protests.

Would I be gay to buy puts on DKS?

RE: when you only buy HK dividend stocks